Came across this image while recently wasting time prowling about on-line: 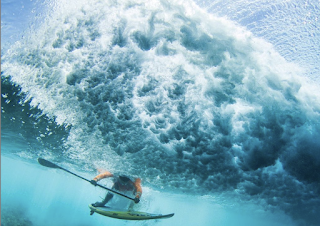 (Internet Image)
Big wave surfer and otherwise all-around waterman Kai Lenny 'Duck Diving' an SUP... !!!
That is all the more impressive to us after spending an early morning a few years back getting our ass totally handed to us numerous attempts while trying to paddle out into the beach breaks at California's Huntington Beach - we would have probably had better luck trying to paddle thru a collapsing brick wall. To our credit it was our first (and only ever) surfing experience - first time in the Pacific Ocean as well.

This is a typical surf break (later) that day - Strong Man Matt (foreground) paddling out - he did fine - had quite a bit of east coast surfing experience from a summer or two of working in Maryland's Ocean City. He had given us a pretty cool photo from the time of himself riding a wave with a pod of Dolphins breaking around him - searched high and low for it, but can't locate it. It'll turn up. 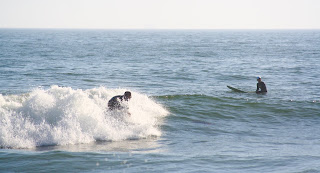 Matt a bit impressive. All the good rental boards were out so got stuck with these longboard-style boards with a wide blunt nose. Matt commented as well that they were a bit tough paddling out as they weren't as hydrodynamic as the shorter boards he was used to. Said they rode good once on a wave but were a bit thick and tough to edge. Never found out. Can say that they were light and didn't hurt (much) when they hit ya' on the head while getting rolled and washed back onto beach. 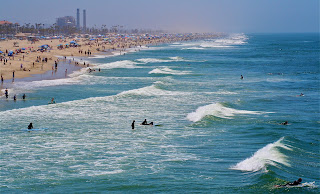 Viewing the afternoon beach and wave action from the Huntington Beach pier. For the time being the only way we personally were getting beyond those breaks with a surfboard was by jumping off the end of the pier (thought about it). 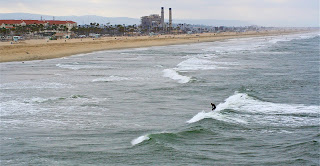 Here's an early morning (around 5am) image from the same spot of a guy with the right idea.

An image we like from a day later at Malibu's Surfrider Beach. Just there for the day hanging out. Didn't try catching any waves but those low, gently rolling barrels appeared a lot more forgiving.
Oh well, was't expecting much of a performance - been thru it all before with other physical endeavors we've since become somewhat of old hands at.
Hey - next life
at 10:50 AM No comments: 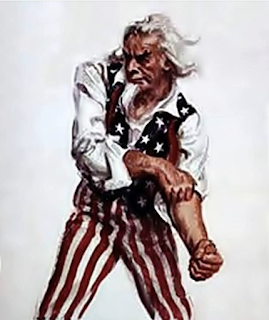