The film soon to be added to the website. Backcountry was filmed over a two year period spanning Fall of 1997 and Fall 1998, with production completed around the end of 1998. Images were photographed entirely on Kodak 7246 16mm color negative motion picture film. Film processing was performed by Colorlab located in Rockville, Maryland. All post production was performed digitally "in house". Filming was all MOS, with all sound later dubbed. Music was from various tracks obtained from the bluegrass guitar legend, Dan Crary*(see below).  Total running time is slightly under 27 minutes at a final shooting ratio of around 2.5:1.

We had been mountain biking for a little over ten years - pretty much since the inception of the "sport" - or at least since the beginning of commercially available production "mountain bikes" (at least around here). Had a small group of local hard-core guys  - Rob Goodman, Howie Stock, Matt Burnsworth heading up the core. Had the mountains pretty much all to ourselves and developed many tough and technical trail rides, mostly linking the developed (and endless) logging and four wheeler trails with a lot of single track throughout the woods. The best trails (stay tuned, more to come) were circuitous loops ranging from six to thirty-two miles in length - no (or little) backtracking involved. All were characterized by elevation gains (mostly steep, slow and technical) of eight hundred to two thousand feet followed by quicker descents of the same. If you averaged over three to six miles per hour at the end of a ride, you were on an "easy" trail.

At the time, didn't know how much longer we would be doing this stuff. The mountain biking here in SWPA is definitely five star - some of the best in the East (if you are willing to seek it out). Considering the film and photography background and experience involved, it was decided to at least document a bit of this activity (climbing, caving, biking....) through a series of short films - no one else was doing it. Backcountry was our second "feature".

The original concept of the film was to have a lone individual on a surrealistic ride throughout the SWPA backwoods, transitioning between the four seasons of the year. We began filming in the Fall of 1997. Soon realizing the time, effort and logistics of our undertaking, we stuck with Plan B - stick to the Fall. Rob Goodman portrayed the 'biker' throughout the film, riding an original Colorado-based Boulder Bicycles full suspension model mountain bike - one of the first commercially available. Rob was a pretty intense individual and all-around expert rock climber, skier, caver, mountain biker as well as a savvy woodsman - quitting wasn't part of his vocabulary -  no doubt he would stick around for the long haul. The scenes throughout the film are essentially a montage of images photographed from various locations along the many trails as aforementioned, all located in SWPA. Most of the areas will be immediately recognizable to "local folks". The film also includes probably the only "moving picture" images of the 'Casparis Mine' opening now in existence. The entrance to the mine was closed several years back for "safety concerns".....

....speaking  of which...no concerns with the three guys pictured above - all three could handle any situation. Unexpected problems only made it more challenging and fun. Probably made every bike repair you could think of while deep in the woods and far from the "trailhead"...from flat tires to bottom brackets to wheel axles to headsets (no sealed bearings back then)...lots of improvisation as well..."inflating" flat tires with leaf and grass, shortening broken chains for "single-speed" travel, replacing clusters of broken spokes and tuning wheels "in the field"...if these guys had a minimum of a knife, duct tape and wire ties aboard, they were riding.

Backcountry will be online within the next two weeks.

*A short disclaimer: The video is not available for sale or rental, and is intended for Internet viewing only. Reason being, we never obtained permission from Mr. Crary or his associates for the use of his excellent music, which we have long been a fan. No canned or 'Royalty-Free' libraries available back then. Wouldn't replace the tracks, anyway - there's nothing better. If it suddenly disappears from view, you know why. At best, those not familiar with his music will be "turned-on" to something new, and pick up a CD.

Here's some photos of buddy Sarah back in action. This time from another NPC event from back in October. She's a real 'meathead' as well - sent us some workout video - 225lb deadlift, chin-ups totin' an extra 70lbs... Unfortunately, had problems formatting them into the system - were recorded on a cell phone. She promised to send some newer, more compatible stuff - stay tuned. 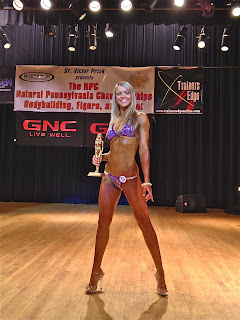 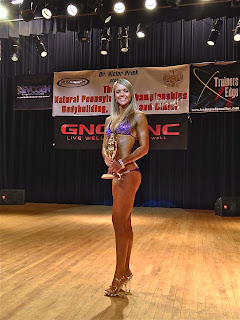 Didn't have the names of the other ladies available - we apologize. If your tuned in, post up.
Photos courtesy of Shawn Zagorce - thanks buddy.
at 1:39 AM No comments:

A Matter of Perspective

Around 1990, working my "real job", I was on assignment in St. Gedeon, Quebec, Canada doing some work for Canam Steel at their home plant. I was there for a little over a week, during which time they housed me in a pretty nice country inn - the 'Benedict Arnold' (he's a star in that part of the continent - that's OK, there's heroes on both sides of every conflict). The inn was very near the plant, there was a very good steakhouse/restaurant/bar located within, and they assigned a local engineer to work with me directly throughout my stay - was no need for me to have a rental car of my own. One evening after dinner I was looking for something to do. Roger (the engineer) had headed home, so if I wanted to venture very far, I was "hoofing it". St. Gedeon is a small town with not a whole lot within walking distance of the inn. There was a small antique shop across the street - figured I would walk over and pick up a gift to take back home to my Mom.

The shop was owned and operated by a little old lady. We were the only two in the shop. Everything in the shop had been hand crafted by her - paintings, pottery, figurines - all a work of art. We got to talking - asked her where she developed her talent. Found out that she had been imprisoned at Auschwitz prison camp as a young girl. The only one of her family to have survived. Showed me her identification number still tattooed on her arm. Said that she would gather whatever she could -  sticks, stones, grass - anything - and fashion small sculptures - mostly of animals, which she observed around the camp and loved. She showed me a few of the originals that she still had in the shop. Luckily, she let me purchase one. It is a small figurine crafted from a cobble, twig, stick and grass. Depicts a small yellow bird dropping her eggs to a squirrel who is carrying them off to safety. All of her little sculptures had something to do with survival.

They say that death begins in the eyes. Lookin' at this lady as she spoke, I could tell that she had died a long time ago. I like to look at that little sculpture from time to time, and think of it when things get tough, or worse, when I or others around me begin to take all this meaningless climbing, paddling, etc.. a little too serious.
at 11:04 PM No comments: